Scary Bedtime Stories About The Olden Days For Generation Y By The Children Of The Revolution.

1. Back then life was eerie.  When the wall mounted phone rang, whoever went to answer it had no idea who or what might be on the line.

2.  Getting up off the couch, or even worse the bean bag, to change the channel on the television was hell.

3.  Our parents were really hardcore.  They didn't think we were all gifted and they did not gasp with amazement at all the 'clever' things we said.  The self esteem issues and anxiety we still harbour from this today is indescribable.

4.  There were very few coffee shops in the olden days.  Hardly any.

5.  When we spoke disrespectfully to older people they would look at us with a face akin to a stunned emoji.  The terrifying thing was that the face was live, not screen.  Many of us are still suffering flashbacks.

6.  If you were a woman after 2nd wave feminism you were not allowed to ask for help from men regarding gender specific roles.  The blokes said, 'you want equal rights, change the tyres yourself'.  This was before Google and YouTube.  It required rigorous research in libraries, garages and in some cases having to perform sexual favours.  Harrowing stuff.

7.  When you rented a dwelling the convention was to clean it yourself.  There was no vacate clean 'industry' at that time.  If hippies had been previous tenants we cleaned for weeks. Our parents told us we were sooks if we complained.

8.  Elders weren't much interested in our 'feedback'.  They told us feelings were not opinions.  They said they would listen when we had some real experience.

9.  If we would have used catch phrases like 'first world problems', our University lecturers, some of them barefooted, would have marched us out of the room.

10.  We have heard about 'safe rooms' in Universities into which today's students can retreat if the material they study is going to hurt their feelings or make them cry.  To this we have absolutely NOTHING to say. *stunned emoji, blinking*.

Kids, it was spooky.

Be glad you weren't there. 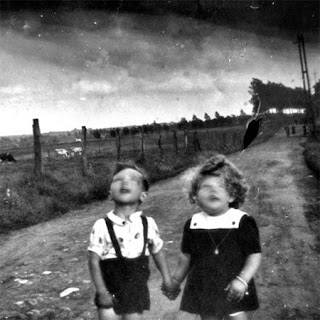 
How To Avoid Battles Over The Table

1.  If you have mediated a family Christmas table for years, and are sick of it, a good idea is to bow out. Read, text or play on a device. Generation Y have made it socially acceptable to gaze into devices in company.

2.  Some dulling of the senses may be required for protection.  Restricted quantities, with wine and hard liquor kept to a minimum.  A nibble of a sedative can be of assistance.  Stoners will know that Xmas Lunch ain’t no place for weed, paranoia can set in, even for experienced smokers.  Fast drugs and heroin should not be used as it will be obvious, everyone will know, and you will never hear the end of it.

3.  Changing the topic when you see tensions rising is a good idea.  Most families have some commonality of interest, like Footy.  Bring up something like the latest indiscretion of a footballer.  This allows the women to take part too.  The other trick is to go for the latest public scandal.  This Christmas we have a whole bunch of hot topics, the latest ‘missing Mum’, Harvey Weinstein, Don Burke and the mutterings around Menzies Era thespian Geoffrey Rush.  Another method is to make a ‘modern joke’ that everyone will get, for example, vocalising relief that no one in the family is gluten free or paleo, as you reach for the stuffing.
Posted by punk & blanket at 1:17 pm


The only acceptable reasons for openly hating family members' partners are as follows:

1.  Emotional and/or physical abuse, this includes manipulations. If you act, be aware, and have all facts straight.  This is 'strike back like a Cobra' stuff'. 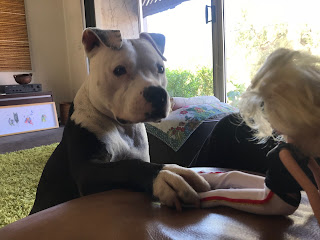 I have to tell Sophie I'm here for the right reasons. 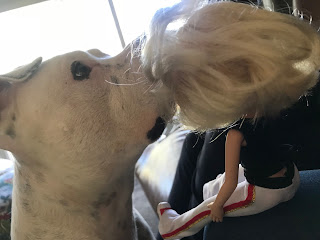 I love how she smells. 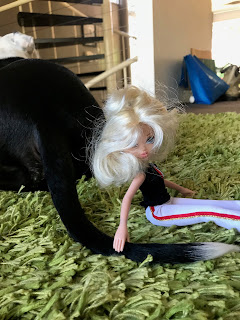 Trying out my magic wand. 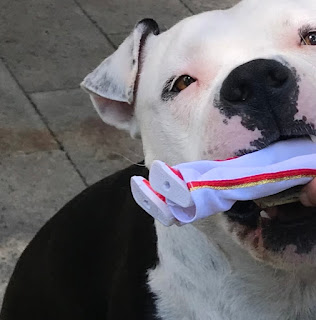 Our scorecard for Belting Bingo. As predicted, no surprises.

Thank you to the fans who've emailed in expressing their gratitude for this tool. We're thrilled it got you through the documentary* 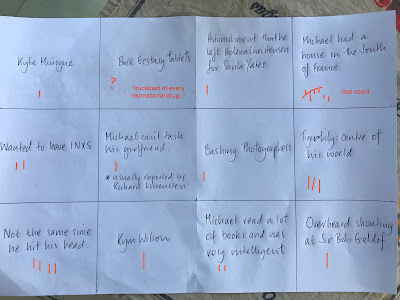 *3.5 hour ad for a song where weirdos sing with the dead

Tonight we share Belting Bingo, a game for fans tuning in to the Michael documentary.

Mark off the Hutchence tragedy tropes as they come. There is no prize. 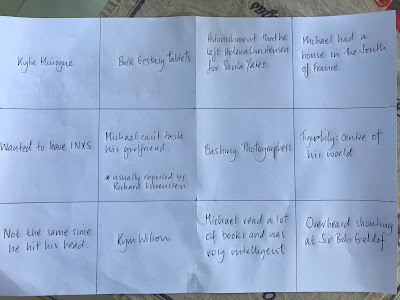 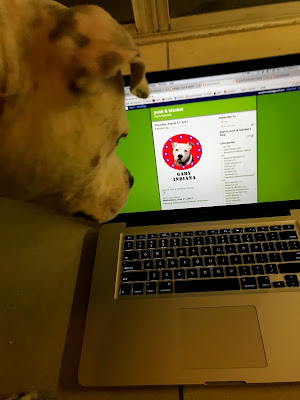 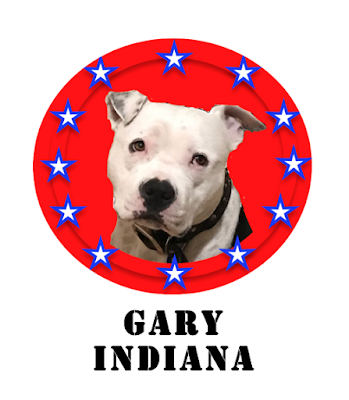 Hitching a Ride on the Caravan of Sadness

Recently we were commissioned as fashion illustrators by Brad Pitt to 'capture' his shoot for GQ . Unbeknownst to us he's been following us since 2004. He says the first time he saw our portrait of him, he cried. But he can only admit to that now.  "I went through two therapists to get to the right one," he says. Brad tells us this over and over and over again whilst manically sculpting something out of clay. We didn't mention the 2013 portrait was a critical piece, because we really wanted to go to the Everglades. What we didn't realise was that we were joining a Caravan of Sadness touring American National Parks, featuring Sad Dad Brad. 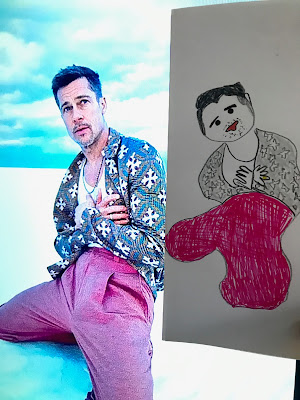