From the moment Sir Elton opened the door we got the vibe that things weren’t right; he was in his adidas, and he doesn’t like people seeing him in his casuals. He didn’t even comment on what we were wearing. Sir Elton seemed quite manic and he was perspiring heavily. He ushered us to our rooms, past all of his vases, apologising repeatedly for the dead flowers. Knowing Sir Elton’s penchant for fresh floral arrangements we knew he was unhappy.

We’d never met David before, but over drinks he gave the distinct impression of a chatterbox. He was talking over Sir Elton and being very loud. It was difficult for us to get a word in. Sir Elton was becoming increasingly frustrated and eventually slammed his Pimms onto the table. He stormed out, the whooshing of his tracksuit the only sound in a finally silent room.

David opened another Cristal and talked passionately about his time in the advertising industry. There was no mention of any forthcoming wedding. When he spotted the gifts beneath our feet he made it obvious he wanted to unwrap his present. He was so excited when he opened the box containing RM Williams boots; we’d chosen the Cuban heels for David and the Pony Club for Sir Elton because of his back. We pretended to be tired from the flight and told David we were off to bed.

We got lost when we went to look for Sir Elton, his house is such a labyrinth. Eventually we heard sniffing from behind the door of one of his bathrooms. It sounded like Sir Elton might be crying. We pulled out some tissues and slipped them under the door. After a while he let us into the room and invited us to sit on the edge of the spa-bath. He sat there on the bidet like ‘The Thinker’ for about 5 minutes and then told us the wedding was cancelled, or postponed, or something. It would not be an exaggeration to say that Sir Elton was very confused, but it didn’t seem clinical.

Whilst we were concerned for Sir Elton’s plight, we were jet-lagged (our excuse for leaving David was not entirely untrue) and we had been eyeing off the spa for sometime. We suggested we all hop in for a more comfortable counselling session. Sir Elton’s enthusiasm was indeed surprising, he turned the taps on and started ranting about his many natural bathing products from the south of France. He was going on about L’Occitane, Cote Bastide and Lothantique, regurgitating what to us seemed like press releases, stuff about how Olivier Baussan (L’Occitane founder) discovered shea butter by sitting next to an African lady on an aeroplane. And how a mother and son team found ancient body care recipes in a barn on the coast of Bastide and prepare the potions by hand; they only wear hessian and handwrite all of the labels on recycled paper and attach them with string. Privately, we refer to these products as French Scams, but given Sir Elton’s state we couldn’t bring ourselves to tell him.

The spa seemed to release Sir Elton. He spoke more calmly and explained how David was The One but there was something nagging inside him. At first he thought he had residual issues from his first marriage to Renata Blauel in 1984, but we weren’t convinced and probed him further. After several hours, Sir Elton finally cracked and in a frantic monologue (with some shouting) poured out his heart. He said he had as many issues as he had glasses, and he did: lots, some of them contradictory. He said if he wasn’t in the public eye he would marry for love, and love alone, but he is a Knight and he has duties. He seemed obsessed with the gay marriage debate and his role in it and asked us for our comments. We explained to Sir Elton that his was an interesting moral dilemma, particularly in the current global climate. On the one hand, marrying David could be seen as aping ideals that were designed for the creation of family units to further the Gross National Product of the industrialised nations of the West. On the other, given the rise of Christian fundamentalism in Western politics, a high profile marriage of a homosexual icon could be seen as an act of defiance against the insidious elements of the Far Right. Sir Elton seemed overwhelmed by his predicament; we certainly didn’t envy our friend. To soothe him we offered to wash his back with the Tunisian sea sponges we’d picked up during our shop-over. As we squeezed the fragrant water over Sir Elton’s shoulders we told him that we listen to Claire in times like these and her advice for any crossroad problems is to simply do nothing, just be yourself, and the answer will come.

We left Sir Elton alone in the spa for some quiet time. With our pruned fingers and toes, we were keen to dry out. After getting lost again, we eventually found our room and were shocked to find we had a visitor. To our horror we found David, hunched over our luggage, copying notations from our journal into his mobile phone. As we had caught him red-handed he had no excuse. He squirmed as he told us that he had been experiencing a creative block as a writer and that if he ever published anything of ours he would give us money. He begged us not to tell Sir Elton and even had the audacity to threaten us with his proximity to powerful people in the ‘industry’ who could make sure we’d never work on this planet again. We told him that it was not the time to be talking intellectual property rights or intimidation when Sir Elton was at his lowest ebb. He ran from the room with his tail between his cargo pants.

The next morning at breakfast Sir Elton seemed much better. He was chirpy in his new boots and we remembered why he is so dear to us. He was teasing us about how we were eating so much toast, but Sir Elton gets the best orange marmalade from an innkeeper’s wife somewhere really obscure in the English countryside. David was nowhere in sight and we didn’t ask any questions, or mention anything about the theft. We knew that Sir Elton had a lot more thinking to do. He was obviously on a little bit of a high from his psychological break-throughs the night before. To give him space we called Arab Emirates and changed our flight details so we could get to know Dubai (we’ve heard it’s a safe way to see the Middle East) before returning home to Melbourne. Entwined in Sir Elton’s bear like hug we told him how proud we were to see him living his Knighthood with such a profound sense of duty. We were tempted to criticise Sir Mick at this point but we’d heard he’d be catching up with Sir Elton in Bali next month.

Even though it was rather exhausting, our short time with Sir Elton was wonderful in the sense that we rarely see him alone. He’s had more hangers-on than a Northern Territory road train and some of them were just big sulks who knew how to press his buttons about being ‘hassled’ by the media to get an invitation to stay at his house. There was a point where we thought Sir Elton was running a safe house for self-saucing victims. David never reappeared so it was just Sir Elt’s (as he calls himself when he does silly voices) at the door seeing us off. We knew he would make the right decision. 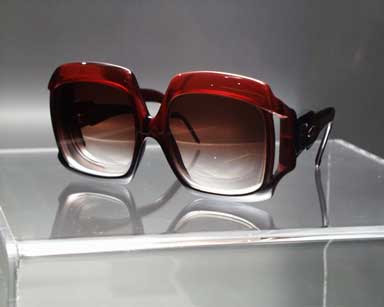 punk and blanket are on vacation. They flew out just before the Cup on an Arab Emirates flight bound for Europe via Dubai. Sir Elton has invited them to help celebrate his engagement to long-term partner David Furnish. 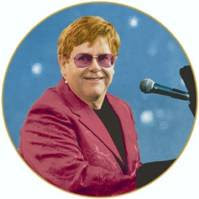