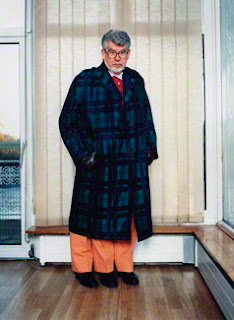 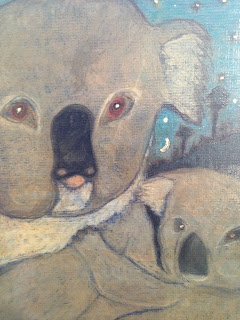 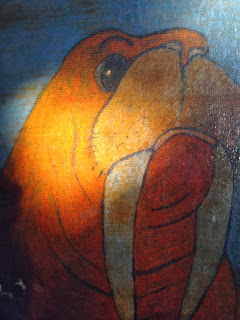 we say
watch
this space

Images Courtesy of the Artist and Wild Kingdom
Posted by punk & blanket at 12:53 am

Across the Road, Another Melbourne Society Murder

This latest true crime story has left us spent. We are tired, very tired, exhausted by processing information about a decorator’s suspicious death. It’s another society murder and this time it’s across the road.

We have been here before but never have we had such proximity. We were heavily entrenched in the Matthew Wales-King matter in 2002: we knew Paul King’s barber, shopped at Maritza’s boutique, and like her, preferred Agostino’s daiquiri mix.  One of our friends even sat in his Porsche outside the Glen Iris crime scene with the media, feeding us eyewitness accounts.  We’d often try to coerce our friends at Malvern CIB in to letting us see the room where they interviewed Matthew for the very first time.

We also cannot wait for the Gerard Baden-Clay trial in August as we have followed it forensically.  We have contacts in Brisbane but no one connected to affluent Brookfield society, so we have formed our own view:  anyone who has time to gel and style his hair before his wife’s funeral is a person of interest.  Debate rages in our circles as to whether Joe Korp and Tania Hermann fall into ‘aspirational society murder’ or just straight ‘society murder’. There are also problems with the categorisation of Herman Rockefeller - dinner parties have turned bad discussing that one.

However, this time we live across the road. And it begins as most fires do, with the smell of smoke.  It was Saturday night and we were relaxing after a hard days work selling art and drinking shandies at the Toorak Bowls Club.  One of us was playing Candy Crush and the other was staring at the wall when we smelt smoke.  We knew immediately what it was, familiar as we are with the smell of a burning house. We briefly discussed calling the fire brigade but we thought it would be wise to check Incident Alert Vic SA on Twitter first. They reported a Malvern Rd structure fire not yet under control. We knew this was big because Incident Alert Vic SA has ‘Large Incidents’ on its profile pic. We heard sirens, finished our activities and went to bed.

Next morning we woke up and went straight to the computer. A leading Melbourne decorator had been found dead in the charred remains of his apartment behind his shop on Malvern Road. When we first moved to Melbourne that shop confused us. It’s one of those shops that are not really shops, sort of more like poshed up self-storage. After a comprehensive online search, including galleries of his work, we realised it was true: people paid him to decorate their mansions. We took our Staffordshire Terrier for what would be his last walk for seven days, because when we passed Minimax, we stepped right into another Melbourne Society Murder vortex. We tied up the dog and went inside.

Howls were bouncing off the hard shiny surfaces, a full-on lamentation was spilling out onto the ‘village’. Women with bobs and Husk bags were united in grief. Some of them knew the decorator, had heard of the decorator, had him as Godfather to their children. Some had friends who knew his friends.  We felt the familiar rush of ‘wanting to know more’, so we joined in the wailing, hugging, inching in closer to women who appeared to really know the deceased. Overhearing talk about a pilgrimage to the decorator’s shop we purchase some ‘cheap’ stocking fillers and follow the line of Jeeps a block and a half down the road. A couple of days later the boyfriend is arrested. Those of the pilgrimage who had embraced the numb and silent widower were now wondering if they might have been hugging a murderer.

Our newsroom was fully operational since before the arrest and now we’re pulling overtime. Everyone is in a frenzy – the intel is pouring in at such a rate we’ve had to prioritise our information sharing on a range of criteria: highest priority goes to those who return our texts. And people like our musician friend, who sends daily pics of the evolving floral display in the shop window gets classified information. There was talk about a candle starting the fire. Some sources were particularly interested in this information given the deceased was known to be scared of candles. He only used them for decoration (privately, we have always wondered why people would pay so much money for something they were going to burn). Misinformation regarding the brand of the candle drove us mental. People told us it was a Diptyque candle the couple had purchased from a famous local perfumery shortly before the crime. But we looked that up and discovered Diptyque candles were only $60 and didn’t look like the kind of candles the decorator would use for style over function. A very reliable source intervened and said no, it was a $100 Cire Trudon candle. That seemed much more credible.

Another thing about the Melbourne Society Murder vortex that can be annoying (apart from the fact that one of us is eating and one is not) is interference from other newsrooms.  People have been ringing us with their creative ideas, trying to impress us with their knowledge of the case. Some even tried to influence this piece, texting at all hours with title suggestions.  Hence we have turned off all of our devices whilst we write this.

There are those who have been ridiculously competitive.  One friend questioned our ability to detect the smoke, asking us exactly where we live. He was in South Yarra and we were Prahran so the wind must have been blowing the wrong way, he surmised. We have also had moral competition, like last night at a cocktail party.  About eight of us were sitting around making polite conversation.  One of us thought enough subjects had been covered and finally said, ‘Hey, are we going to talk about the fire now?’  Someone said “Yes”, someone else let out a single clap and we all leaned in.  All except Steph who exclaimed, “There will be no talk about the decorator tonight, this is a human being’s life we are talking about, and it’s not gossip”.  Everyone’s faces dropped.  Vibe ruined.  Steph is an older woman who speaks like a headmaster so we found ourselves obeying her embargo.  Even, the host.  We apologised and went into mediation mode asking Steph if she knew the couple.  She said she didn’t.

Today we spotted two prominent society trend forecasters heading towards the now brimming shop front.  We had a little laugh at the spring in their step because we have seen them at parties and they have made jokes about the decorator and his friends as being ‘A-List of bad taste’.

With our studies of true crime we have noticed a golden thread throughout Melbourne’s society murders – it appears that in each case someone says ‘ENOUGH.’ We’ve noticed that in this matter there are now mutterings on the airwaves suggesting power imbalances. We await the committal in June. That’s a good amount of time to recover before we find out the facts.